How To Use This Page

**The construction of the Glossary is "in-progress." New entries continue to be added.** The “Glossary” offers a searchable database of Early Modern Irish words. It is made possible by the generous partnership of The Dublin Institute for Advanced Studies and the Irish Texts Society, who have allowed material from their publications to be digitized. There exists no dictionary for Early/Classic Modern Irish. Those working on the language have access to dictionaries of Old and Modern Irish; although helpful, given that there are linguistic overlaps with the early modern period, they are often no more than suggestive and thus inadequate to the study of Early Modern Irish. Some modern editions of early modern texts include glossaries. These, too, are helpful, but limited in focus insofar as they are compiled out of the particular text(s) covered by the edition. The Léamh Glossary gathers together and collates extant glossaries, and lists all words found in the Text selections, in order to offer a basic dictionary of Early Modern Irish. It is intended to serve as a stand-alone resource for use when reading any Early Modern Irish text (i.e. not solely those included in Texts). Words appear alphabetically. Users may scroll the list or jump to a particular letter using the menu bar (which only includes letters for which there are entries):

Definitions for individual words are organized by printed source. One goal of Léamh is to highlight those institutions and people who have made, and continue to make, Early Modern Irish texts available to the wider public. Thus, clicking on a word will call up a list of printed titles that include a definition for the word (see the example of ag, below): To see the definitions, either click on an individual title (see again the example of ag): 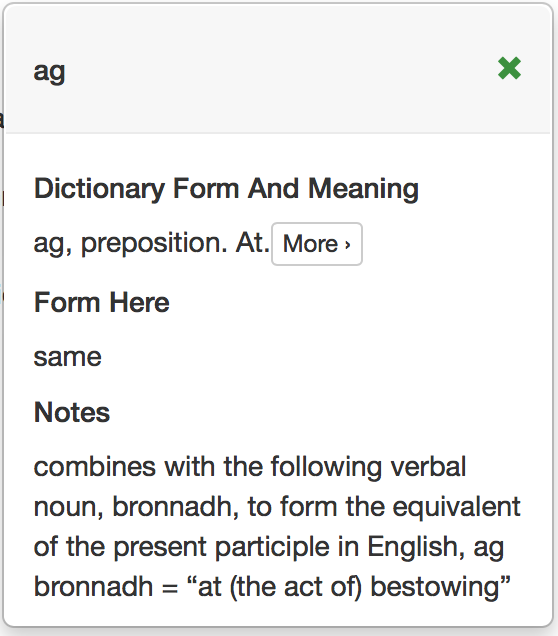 or click “Show all” to see the definitions simultaneously (see the example of bas): 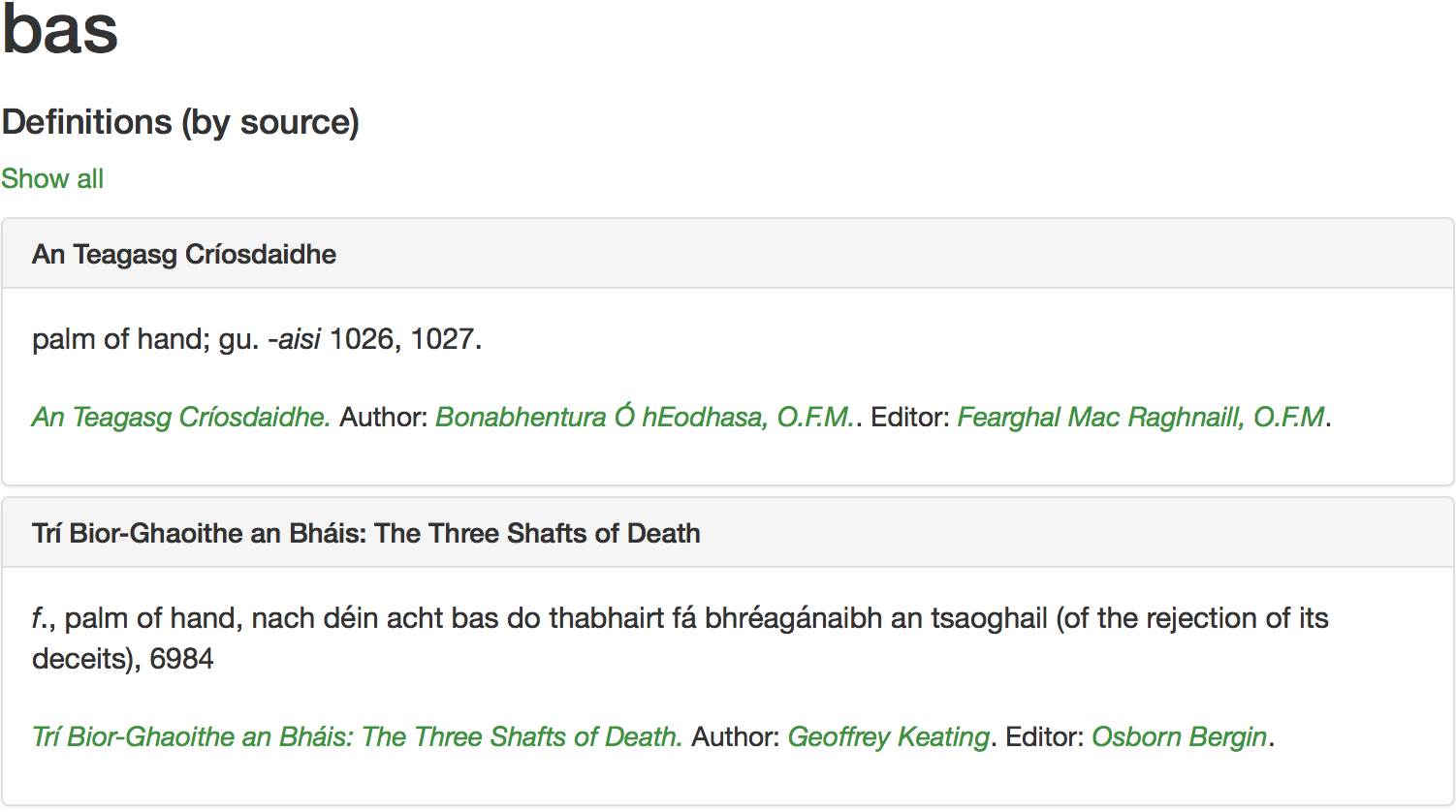 As shown in the examples above, at the bottom of each definition are links for further information on the source and its publisher, editor(s) and author(s), where applicable. Some few words will have links to other parts of the Léamh site for further information. The key example is prepositions, which are linked to the Grammar paradigms. Any such linking will be found under the heading “See Also” (example above in screenshot for ag).